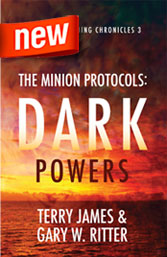 In this dramatic final book of Terry James’ epic Second Coming Chronicles, a chance encounter with a fearsome Dimensional entity named Selaphiel leads Clark Lansing to pursue the most dangerous story of his journalistic career. 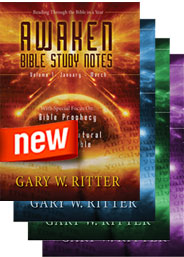 The Awaken Bible Study Notes are provided in four quarterly volumes. Since the intent of this study is to encourage you to continually read through your Bible year-after-year, you can begin this process and pick up the reading plus the notes at any time.

Will the dark, shadowy forces of evil win their perpetual war with the One who created them?

Ever read the Bible through in a year? It’s surprisingly easy: it only takes about 20 minutes per day.

Disappearing children are off everyone’s radar except for Jason’s.

In a world under the dominion of aliens, Kari searches for a forbidden object.

James & Janna Glazier call the church to repentance against the prevailing political darkness.

With enemies surrounding them, Sanders & the Glaziers try holding their faith amidst great evil.

The Whirlwind Omnibus Boxed Set Includes: Sow The Wind. Reap The Whirlwind, There Is A Time

Short stories written from a Christian worldview looking through the lens of Scripture.

More shorts written for a faith challenge contest plus a variety of non-themed stories.

Three-minute original short stories based on a defined theme for someone on the go.

Numerous short stories based on the author’s study of Islam with its many inherent difficulties.

Short stories for the person with little time yet looking for a challenging read.

Welcome to Looking Up

The name of this blog is taken from Luke 21:28 where Jesus says: “Now when these things begin to happen, look up and lift up your heads, because your redemption draws near.”

Ezra’s account of how the 2nd temple was built in Jerusalem reveals several aspects of God’s character.  The Lord worked specifically through three pagan kings to cause them to show favor toward the people of Israel to return to their homeland and rebuild the temple.  He first stirred up Cyrus to decree that Yahweh was…

The enemy is insidious and extremely persistent.  When he sees the people of God gaining ground that he thinks is his, he’ll do whatever is necessary “by any means possible” to take it back, no matter how underhanded.  Satan is the prince of the earth and of the power of the air.  He has claimed…