Many Bible prophecy teachers insist that Ezekiel’s War – the War of Gog of Magog – as described in Ezekiel 38-39 is Israel’s next war.  They say that a potential Psalm 83 War cannot happen, that any war described in that psalm already occurred.

10 “Thus says the Lord God: On that day, thoughts will come into your mind, and you will devise an evil scheme 11 and say, ‘I will go up against the land of unwalled villages. I will fall upon the quiet people who dwell securely, all of them dwelling without walls, and having no bars or gates,’ 12 to seize spoil and carry off plunder, to turn your hand against the waste places that are now inhabited, and the people who were gathered from the nations, who have acquired livestock and goods, who dwell at the center of the earth.

14 “Therefore, son of man, prophesy, and say to Gog, Thus says the Lord God: On that day when my people Israel are dwelling securely, will you not know it?

It’s quite clear that Israel must be living safely in order not to have any walls, etc.  Right?

That being the case, how does this article dated December 8, 2021 fit with the idea that Israel is dwelling securely in order to fulfill the prophecy at any time? 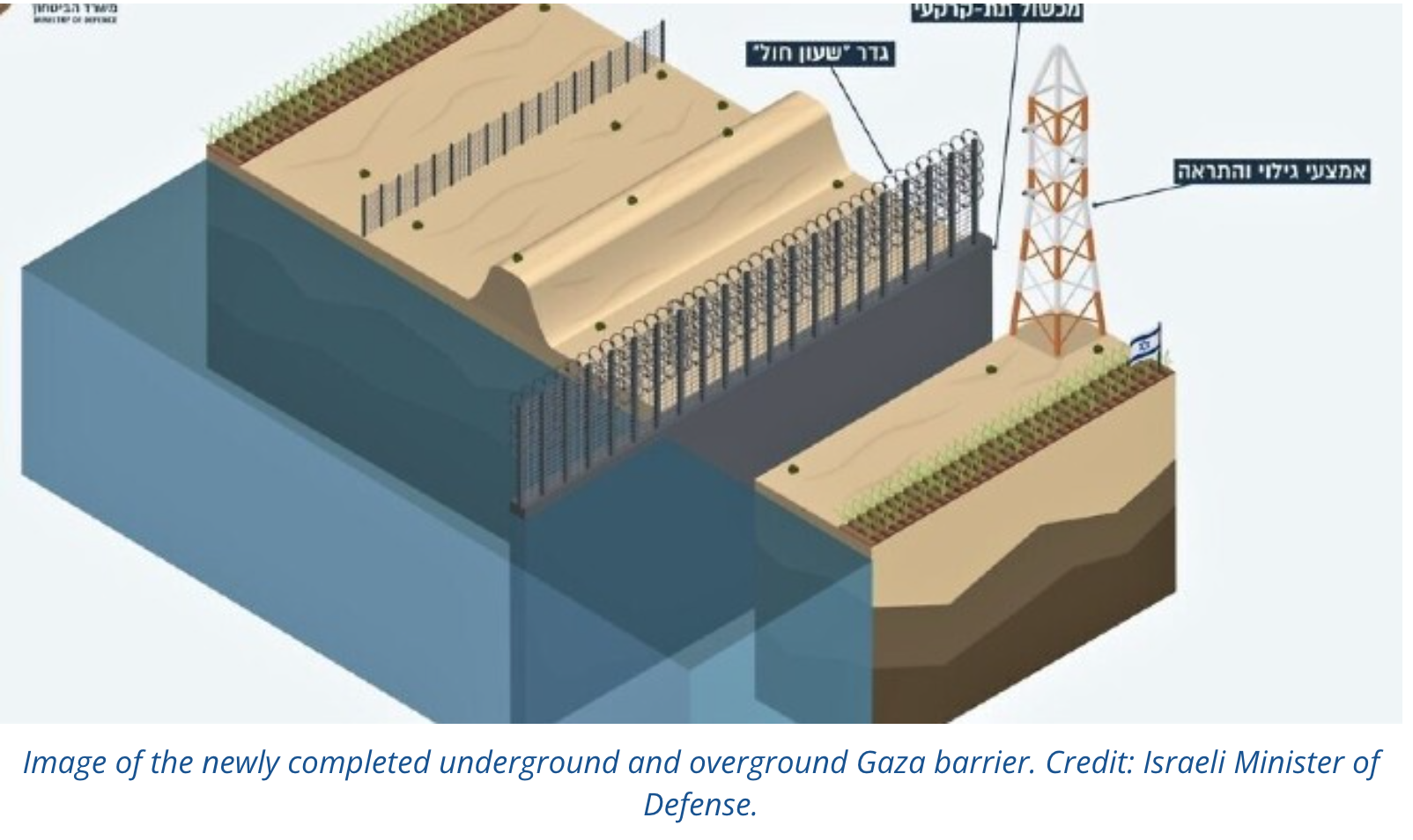 After three-and-a-half years of construction, the Israeli Ministry of Defense announced on Tuesday the completion of a 65-kilometer (40-mile) underground and overground border barrier with the Gaza Strip.

The barrier “includes an underground component with sensors, an above-ground fence, a naval barrier, radar systems and command-and-control rooms to prevent infiltrations from the Gaza Strip into Israeli territory,” the Defense Ministry said in a statement.

Israeli Defense Minister Benny Gantz said “the barrier, which is an innovative and technologically advanced project, deprives Hamas of one of the capabilities it tried to develop and places an ‘iron wall,’ sensors and concrete between the terror organization and the residents of Israel’s south. This barrier will provide Israeli citizens a sense of security and will enable this beautiful region to continue developing and flourishing.”

He described routine life in southern Israel as “our victory,” calling such routine “the greatest threat to terrorist organizations.”

“We will continue to maintain our readiness to thwart any attempt to harm Israeli citizens with an emphasis on rocket attacks from Gaza. We will also prevent the transfer of Iranian know-how and technology to Gaza, and will continue thwarting any attempt by Hamas to operate its affiliates in Judea and Samaria or anywhere in Israel,” he said. “Their attempts have failed time and again.”

It took more than 1,200 workers to build it, in addition to six concrete-producing plants that were established along the border with Gaza.

The Defense Ministry and the Israel Defense Forces planned and built the barrier together.

On the other hand, if there is a Psalm 83 War, the problem of existing walls, bars, and gates can easily be solved through a substantial victory by Israel over her Muslim neighbors that come together in a coalition bent on destruction.

What do you think?  Can the Ezekiel prophecy come to pass under existing conditions in Israel?  Or do you believe there may have to be a significant event prior to Ezekiel’s War to fulfill the prophecy?

2 Responses to “How Can Ezekiel 38 Be Israel’s Next War?”